This article shares how to use SLIPPERY ELM and MARSHMALLOW ROOT for various GI-related issues.

What do you say to herbs that are slippery and milky and soothing to the gut?

They’re easy to add to smoothies, hot cereals, breads, porridges, puddings, teas and coffees. And they taste good. They taste healthy; but they taste good-healthy.

Used for hundreds of years and by different native people groups, slippery elm is now being used to treat IBS, calming the gut.

Commonly written about in alternative health journals, slippery elm is used topically to treat wounds; and internally it’s used not only to treat stomach issues like diarrhea, but also to treat coughs and soothe sore throats.

Slippery elm contains mucilage, which is a gel-like polysaccharide. This substance coats the intestines and gives the herb its name. 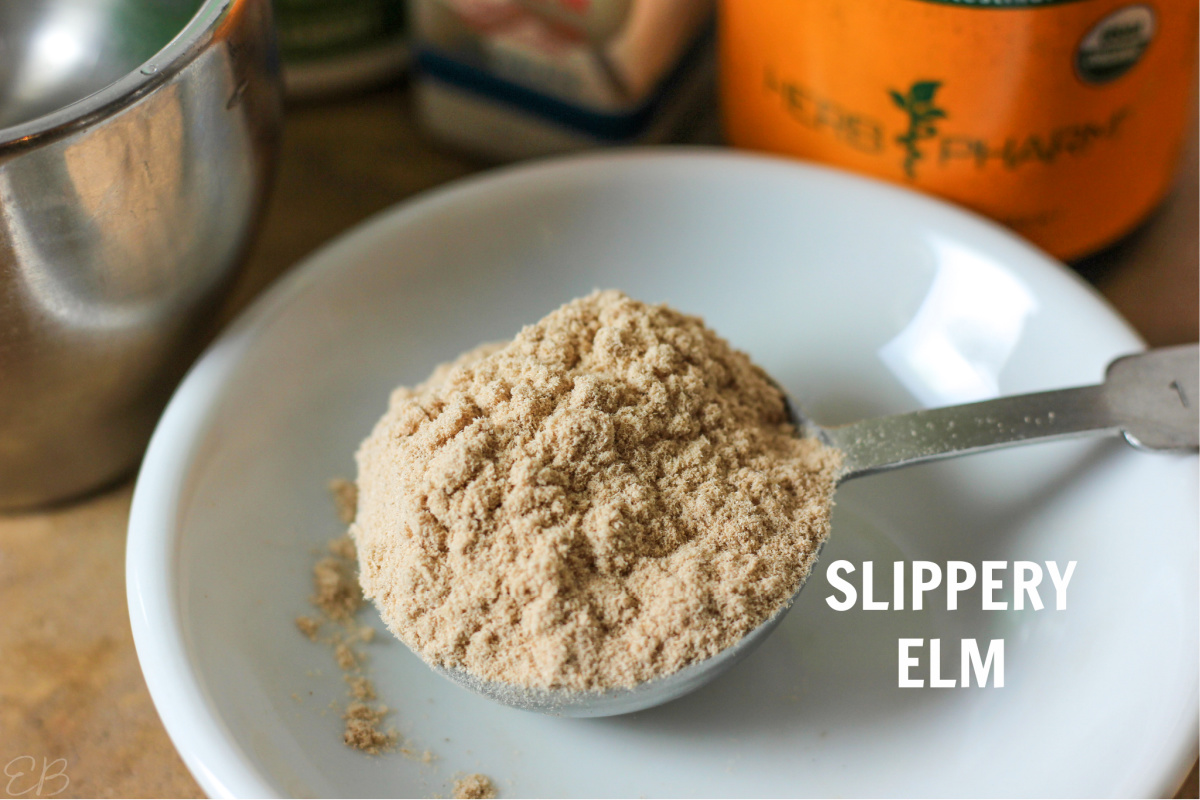 For those who may lack adequate mucosal lining, due to leaky gut, slippery elm provides this protective barrier.


However, the herb is not only protective. It’s also high in antioxidants that fight inflammation.

I first initiated myself with slippery elm by making a simple porridge.

This grain-free porridge (the recipe is in my cookbook) is nutrient-dense, yet gentler than a bowl of soaked oatmeal, safe and suggested for invalids and even infants.

Cinnamon, raw (or dairy-free) milk or cream, raw egg yolk and unrefined sweetener can all be added. Up to 5 tablespoons slippery elm powder can be used per serving.

Slippery elm can be used three times a day for gastritis, as well as for lung conditions.

Lung tonic and other uses

To use as a lung tonic, steep the bark for 25 minutes. Optionally, add lemon, cayenne and raw honey. Sip throughout the day, about a pint total, for relief.

There are many other uses, too, for slippery elm: pleurisy, tooth decay, typhoid fever, interstitial cystitis, hormone balancing, heart issues and constipation.

Slippery elm can even be used safely for cats and dogs (mixed into their food).

And, added bonus, slippery elm is a prebiotic food; (it’s consumed in the colon by probiotics, creating a healthier gut ecosystem). 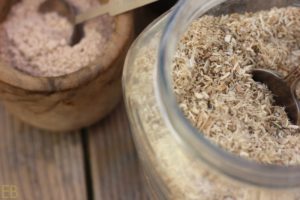 First used by the Greeks and Egyptians as both food and medicine almost 3000 years ago, and then in Africa, China and Europe, continents where it grows natively, today marshmallow root is often associated with sweet confections.

But by herbalists, marshmallow root is most commonly used for dry coughs and sore throats, reduction of inflammation, to break up mucous and to kill bacteria.

Marshallow root’s polysaccharides give it similar mucilaginous properties to slippery elm. (This quality is also what historically made it suitable for candy-making: the fluff potential.)

Many who’ve suffered from interstitial cystitis find some relief from symptoms by using 2-4 capsules of marshmallow daily.

Tangentially, marshmallow root is being explored for its uses with asthma, eczema and diabetes.

It contains flavenoids that fight inflammation, while also shielding a compromised gut from the caustic aspects of digestion. The mucilage itself does not digest until it reaches the colon, making it a prebiotic food (food for probiotics).

Additionally, marshmallow actually engulfs undigested food particles that may be harmful to a leaky gut condition, as well as bacteria and dead cell tissues. It’s cleaning up, while it’s protecting and healing.

Marshmallow root may be helpful for sufferers of IBS. Studies show it helps to rebuild epithelial cell tissues by creating a top surface on the cells, allowing them to regenerate. It is anti-inflammatory, reducing ulcers in patients and improving digestive circulation.

Of course, other dietary choices are significant for IBS to resolve: oftentimes eliminating rice (which can cause alternating diarrhea and constipation) and including gentle foods that are high in fiber, such as homemade oatmeal or buckwheat.

How to take marshmallow root

Because of the way marshmallow root absorbs toxins, it should not be taken with medications, as it may render them ineffective.

Which one to buy

For those with acid reflux (including pregnant women), approximately 2-4 grams marshmallow root can be used in place of heartburn medication, with many patients noticing zero symptoms within several days.

How else to support digestion

As a side note, those with acid reflux may consider using digestive bitters or Betaine HCl instead of medication.

These are my favorite bitters.

This HCl is non-GM.

Or, make your own bitters, here.

Cautions with marshmallow root include these:

It may lower blood sugar levels; and it has a diuretic effect for some.

The diuretic effect is actually quite beneficial for many conditions, as marshmallow helps to draw bacteria out of the urinary tract. 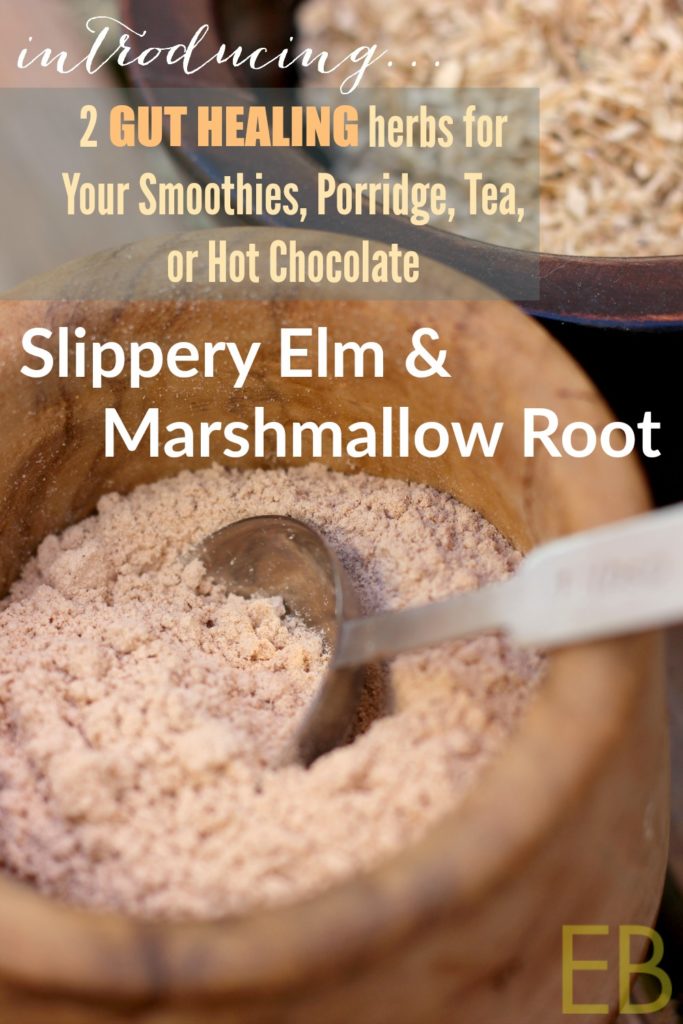 Have you used one or both of these herbs? What conditions were alleviated as a result?