Paleo & AIP Caramel Apple Pie is gluten-free, grain-free + super special for holidays and special occasions. You’ll love the flaky crust, juicy, flavorful (with cinnamon and vanilla), tender apples — and the Easy Caramel Sauce that gets poured over all! 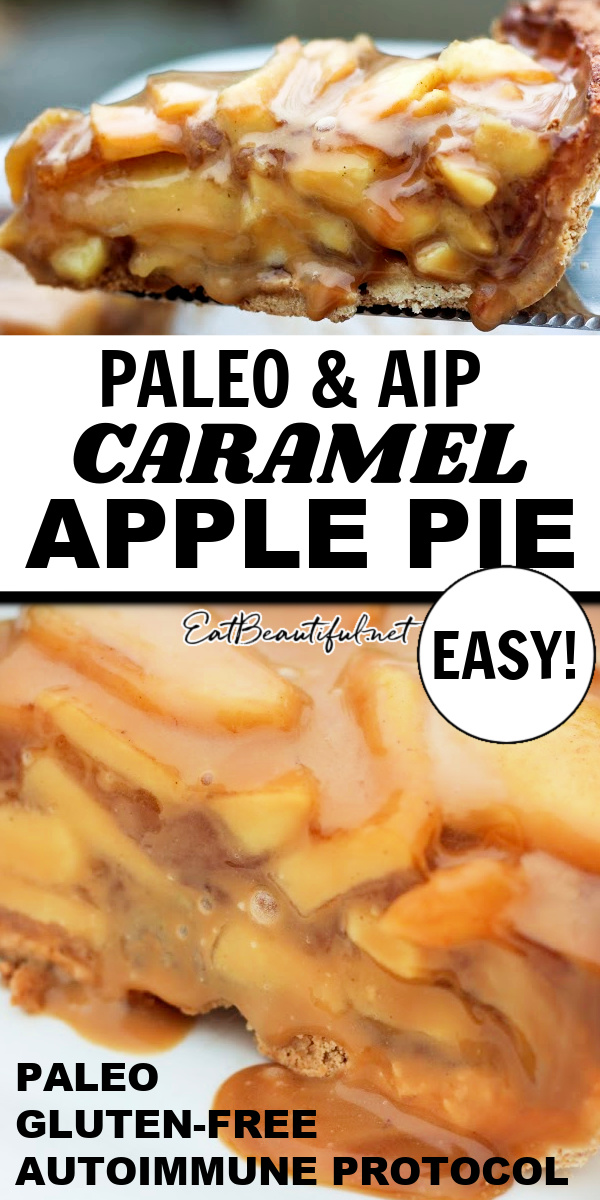 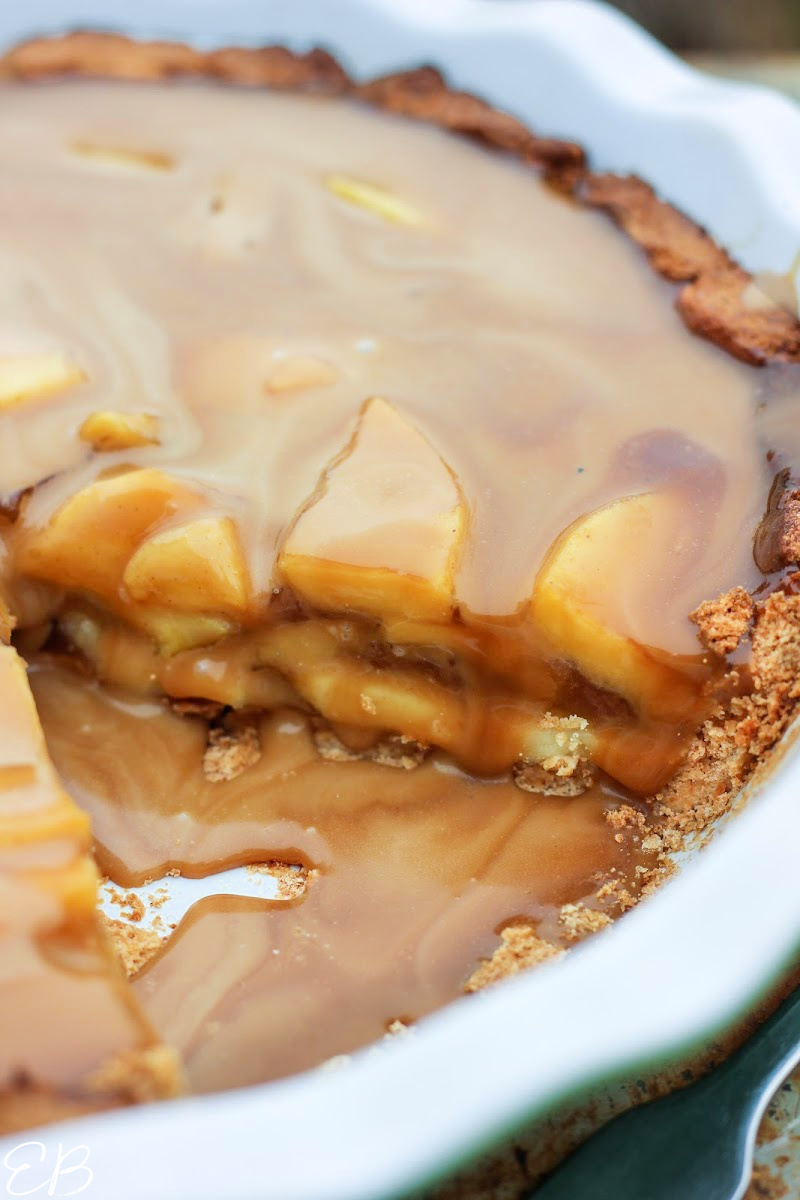 Made in three stages, each is easy:

So essentially — we have a refrigerator pie with a baked crust and a cooked filling. It’s a great recipe to make the day before your festivity.

SERVING AND EATING THE PIE

The caramel remains soft and gooey when you slice into this Paleo & AIP Caramel Apple Pie — running over the apples and pastry and into your fork or spoon.

You can top the whole dessert with Paleo Vanilla Ice Cream, Paleo Cinnamon Ice Cream or coconut whipped cream if you’d like, or the pie is complete on its own. 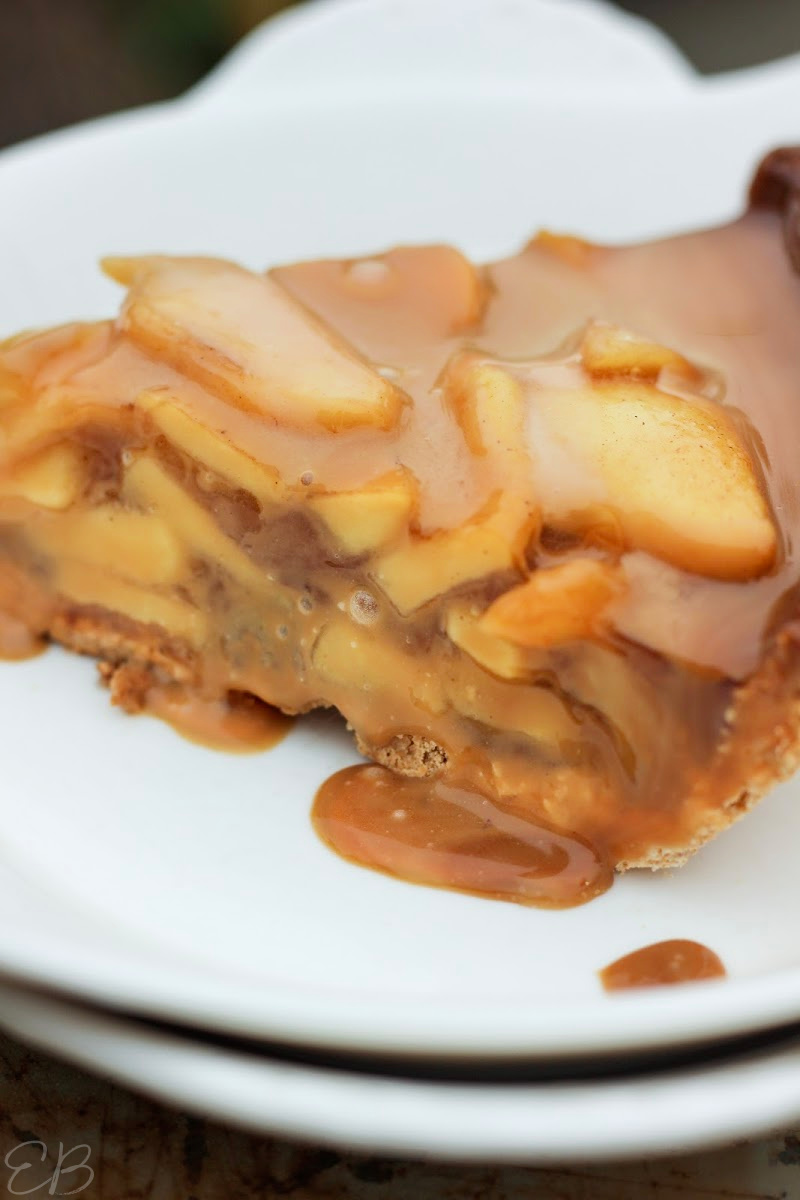 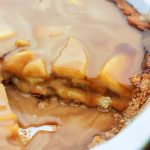 You can see what the Tiger Nut Flour Crust looks like below. 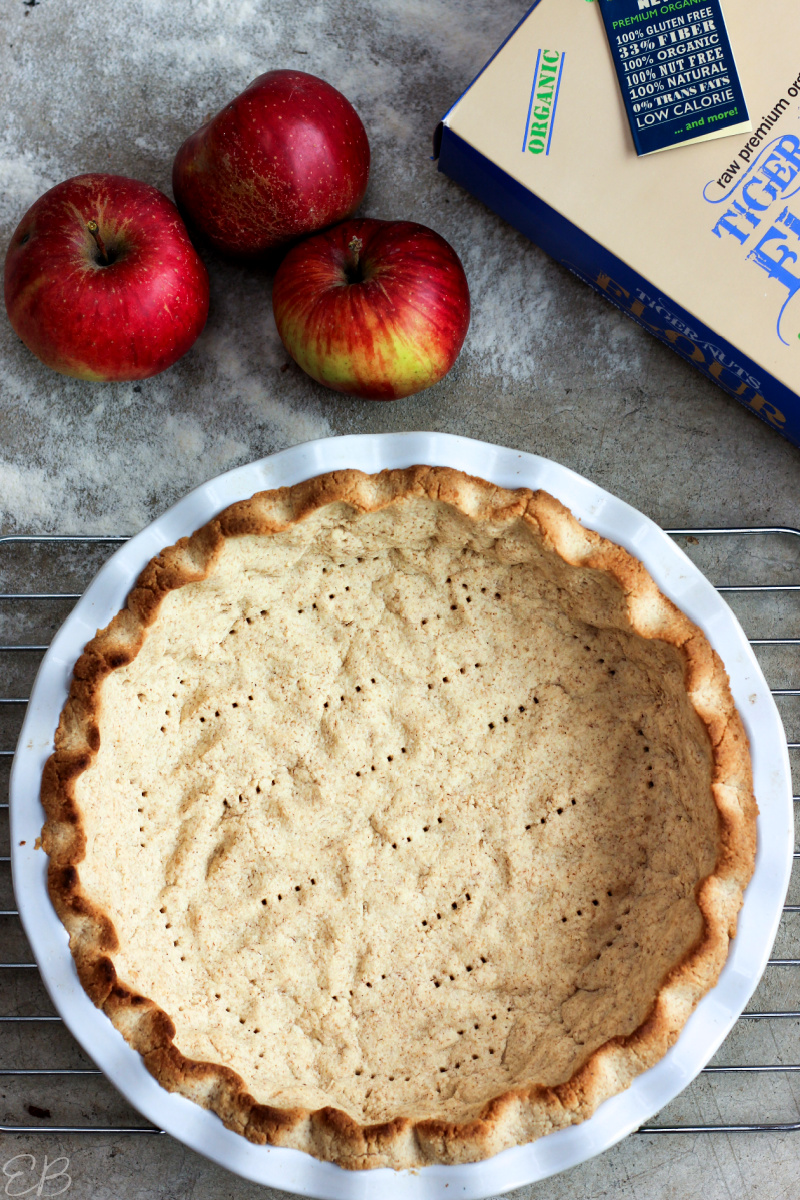