Learn how to make Bonito Bone Broth — a delicious broth that’s made in 30 minutes, with just 5 minutes active time! From a simple pantry staple, make nutrient dense broth that’s convenient and mild (no fishy flavor at all).

We usually have the fridge stocked with bone broth — or the Instant Pot cooking it. So we are never without. Almost. Every once in a while, life gets too busy, and the stock runs out. Enter bonito, a pantry staple. If there was ever an easy and nutrient dense broth, bonito broth is it. Bonito flakes are taken from a bag, thrown in some hot water, strained and believe it or not, your super-food broth is ready.

As an older teenager my favorite past time was reading cookbooks. I read them like novels, curled up in a chair. One culture’s food I could not grasp from cookbooks alone: Japan’s. Sushi was my favorite food at the time. So in my early 20’s I got a job in the kitchen of a high-end Seattle Japanese restaurant. The foreign vocabulary of mirin, chawan mushi, wakame, shiro miso, kombu, dashi and bonito became part of my repertoire as I made stocks and soups.

All the stocks I made contained bonito, measured by the bulging handful. Japanese cooking was still a mystery to me, being so different from how I grew up cooking, yet the elusiveness of it started to unfold.

There is no gelatin in bonito broth. But it is still a nutrient-dense broth. (And you can add sustainably-sourced gelatin, if desired.)

Where does it fit into your diet? It’s the fastest bone broth to make, literally taking a total of 30 minutes to produce. When you find yourself without bone broth, in a pinch, this stock is the perfect alternative.

WHAT IS BONITO & IS IT SAFE TO EAT FISH?

Bonito flakes are shavings of dried, fermented, smoked tuna. Because the shavings come from the whole fish, bones are included. It is not fishy tasting, if you’re wondering. The flavor is smoky and mild. It traditionally makes a great base for miso soup; but I’ve even made beef stew with it and you don’t know it’s there.

Is it safe to consume fish, especially tuna, based on concerns with mercury and the 2011 radiation leak off the coast of Japan?

Bonito flakes come from skipjack tuna that do not swim or migrate anywhere near the coastal waters of Japan. Tuna in general has been vindicated in regard to its levels of mercury. Health advocates and functional practitioners tell us mercury is not problematic if it is in the right ratio to selenium in the fish itself. 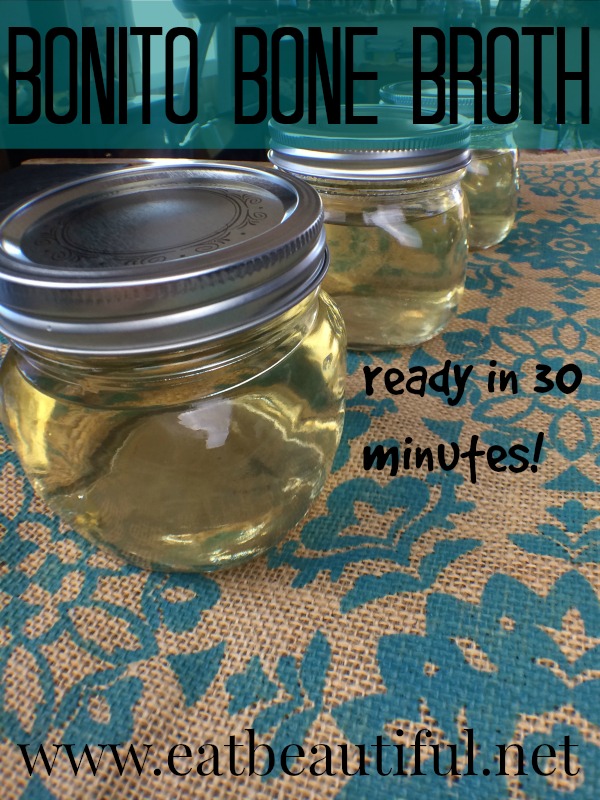 There are only two ingredients in traditional bonito broth, called dashi, other than water: kombu and bonito. For some purposes, as a substitution for long-cooking bone broth, bonito broth can be made without the kombu, for a less oceanic flavor. (Traditionally, in Japan, it is just the opposite: dashi can be made with kombu alone; or the nourishing bonito can be added optionally to make a more complete broth.)

Each portion of bonito flakes used to make broth can be used twice, once for a mild broth, and a second time for a richer, darker broth. Very economical. The recipe I provide includes kombu as an optional ingredient, if you want the Asian flavor and added nutrition. In traditional Japanese cooking these almost sacred broths, that serve as the foundation for almost all their dishes, are called first dashi and second dashi.

How to Make Bonito Bone Broth 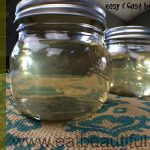 *If you happen to be on the GAPS Introduction Diet, kombu is not allowed.

Most traditional foods are prepared in a way that is infused with nutritional wisdom, even by today’s standards. Followers of the Weston A. Price Foundation principles base their dietary recommendations on ancient practices coupled with our modern knowledge of the human body, science and health. Occasionally we do not understand why an ancient people group prepared a dish the way they did; but we usually come to find out there was a specific intention in mind, either from a health or preservation standpoint.

In the case of bonito flakes, it is possible that a longer simmering of the flakes, perhaps 2 hours, with the addition of sea salt and scant apple cider vinegar would yield an even richer broth in terms of the protein and collagen content. Japanese cuisine values the mildness of dashi, which is one reason the flakes are not simmered. Dashi is technically a broth.

I have not heard of a study done to examine and contrast both broths’ nutrition, but hope to in the future as bonito broth becomes more popular among traditional and Paleo bone broth enthusiasts. In the meantime, you can  make the broth in the customary manner or take the longer route, hoping for increased nutritional benefits. 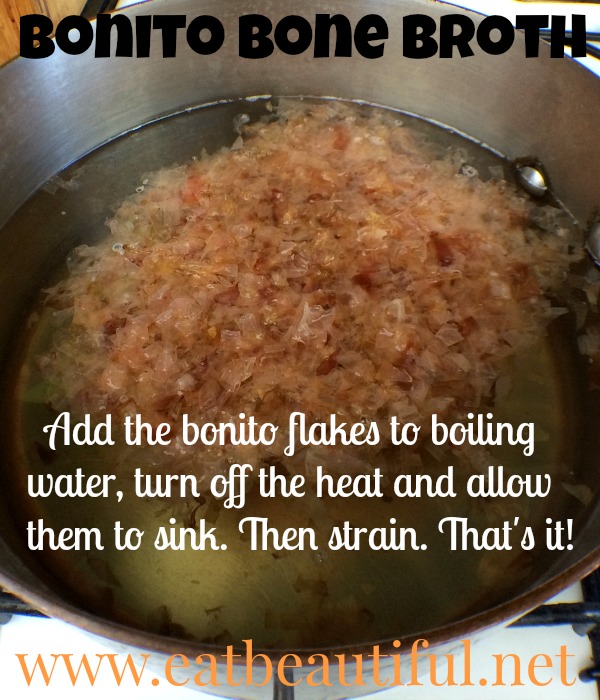