Apple Carob Brownies are great for quick breakfasts, lunch boxes, snacks and wholesome desserts. You’ll love having these bars around for healthy treats! This high-fiber bar can even be used for constipation, although it won’t have a laxative effect for normal healthy bodies. It’s just the right amount of fiber that so many of us need for daily detox.

Freely give these to kids, eat them yourself, and enjoy healthy ingredients with improved digestion.

This treat is great for real food or Ancestral diets, including Gluten-free, AIP, Paleo, Vegan and VAD. Accordingly, see the slight variations in the recipe for your unique diet.

Apple Carob Brownies are also egg-free, nut-free, dairy-free, with the grain-free option and can be coconut-free. 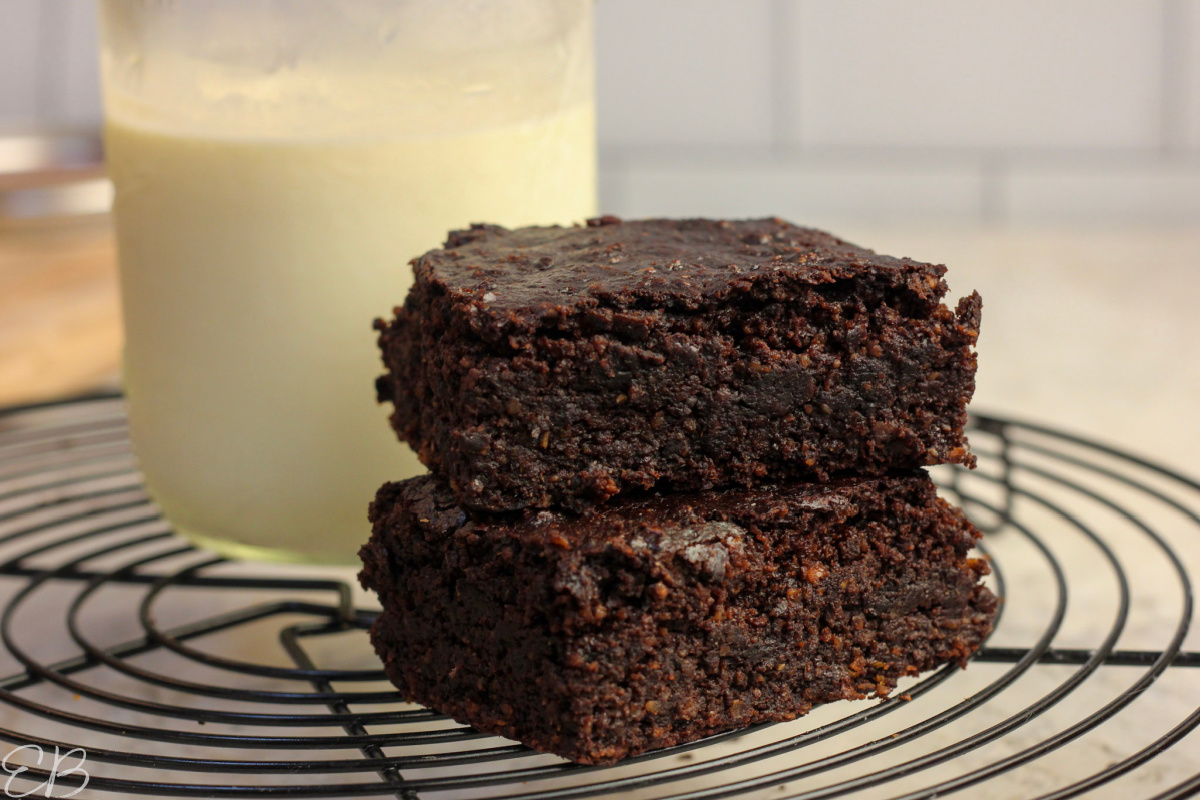 Apple Carob Brownies do not taste like chocolate. But, they’re so good you’ll want to savor yours.

You won’t taste the apple as much as the carob. Overall, just very good, pleasant and easy to keep eating.

These brownies do taste like a healthy treat, not like a rich brownie. You can sense the fiber, which makes them more like a delicious hippie treat.

Both kids and adults will love these. They can be used as a healthy snack or side, but they can also be served during the holidays as a special baked good.

This recipe contains: grated apple, flours (based on diet, more on this below), roasted carob powder, coconut sugar, coconut oil (or preferred fat), flax seeds (or gelatin for AIP, Paleo and VAD, or if preferred), baking soda and sea salt.

Both the flax, or gelatin, are used in place of eggs in this recipe.

If you’re GF or Vegan, you can use whichever flours you prefer in this recipe. The main recipe flours are:

All of these flour ingredient ^^ links are in the main recipe below if you want to source them.

How to make Apple Carob Brownies

The only exception you’ll see in the Instructions: the flax or gelatin is added to the wet ingredients.

I like to line the pan with a little grease and a piece of parchment paper, which makes it easy to remove the whole baked good in one piece, and then cut into squares after it’s cooled.

Do allow Apple Carob Brownies to mostly cool before transferring them to a rack to cool completely, especially the grain-free version of the recipe, which is a little softer. 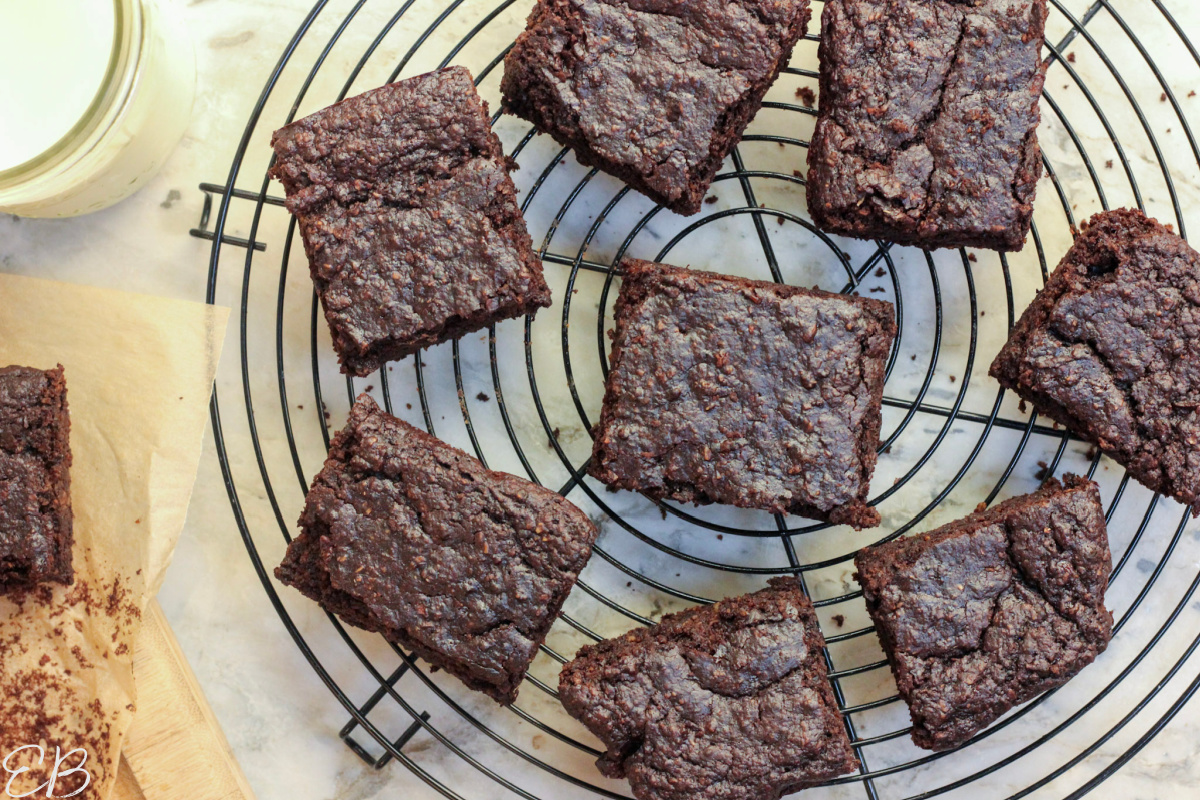 How to store leftover Brownies

Place leftovers in a sealed container. Refrigerate for up to 5 days.

Or freeze for up to 3 months, and defrost as needed.

Which brownie pan to use

I have made these in a small casserole dish that measures 8×6 inches, which makes a slightly thicker brownie. (Try a pan like this, or one you already have, if you want a thicker brownie.)

And, I have also made them in an 8″ brownie pan, which of course makes a slightly thinner brownie, more standard for a brownie.

Both work fine. I recommend the 8″ pan for the Paleo, AIP version of the recipe. The GF, VAD version can go either way, if you happen to have a small dish like I do; the thicker GF brownies are nice.

Here’s a standard 8″ brownie pan that will work well for conducting heat (aluminum is considered safe by bakers as long as there are no reactive ingredients in the recipe, like lemon or tomatoes, and you’ll be lining the pan with parchment). 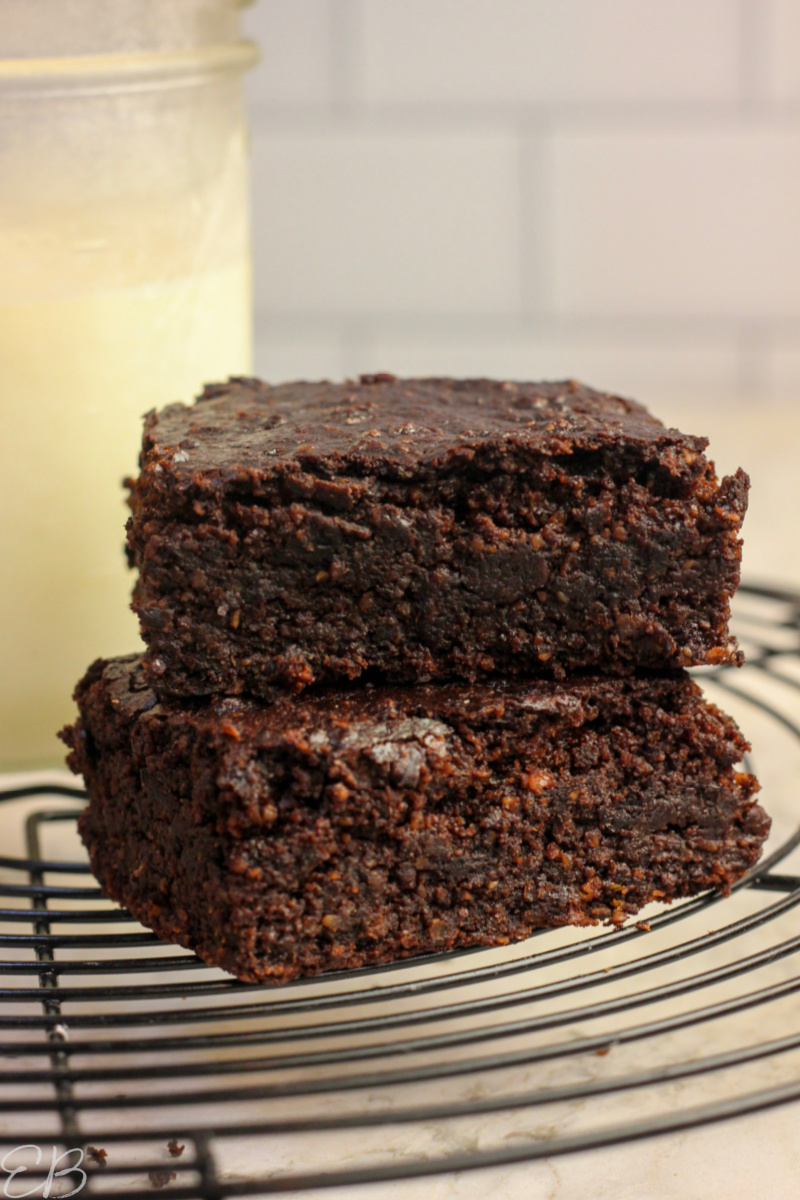 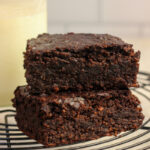 Here's how the Paleo AIP version of the recipe looks: 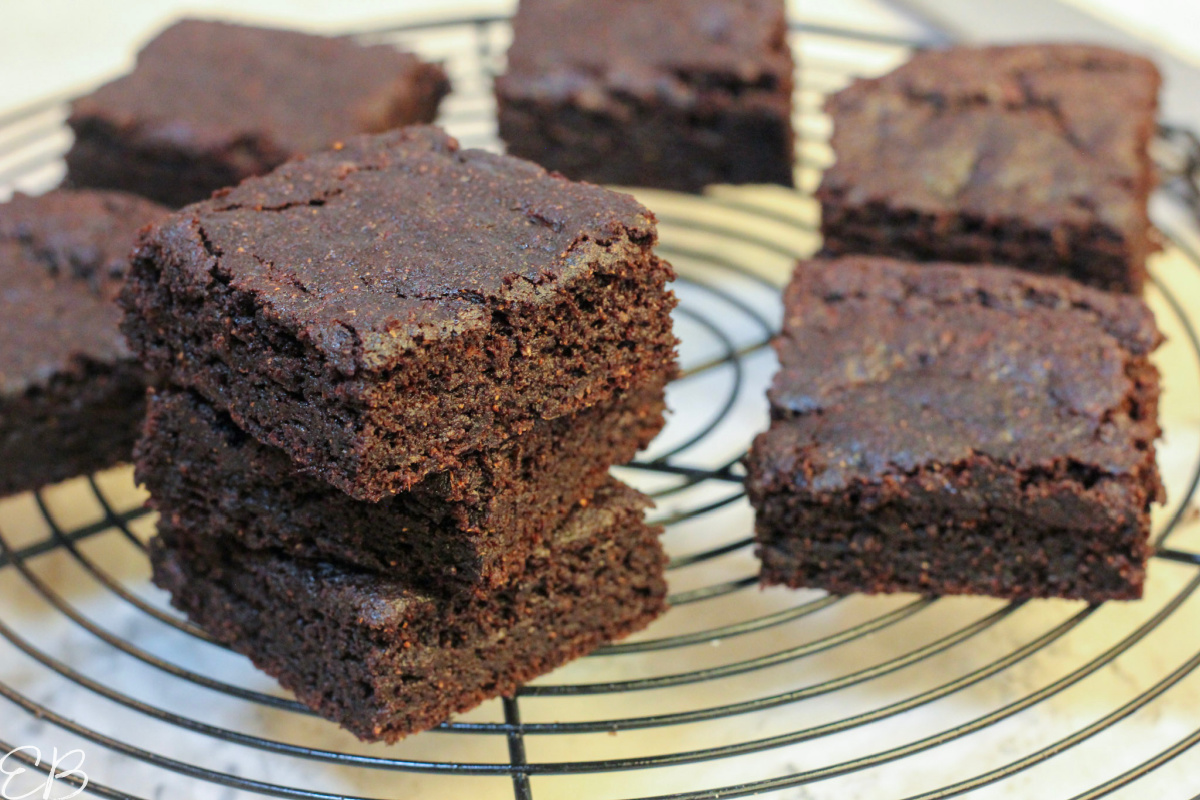 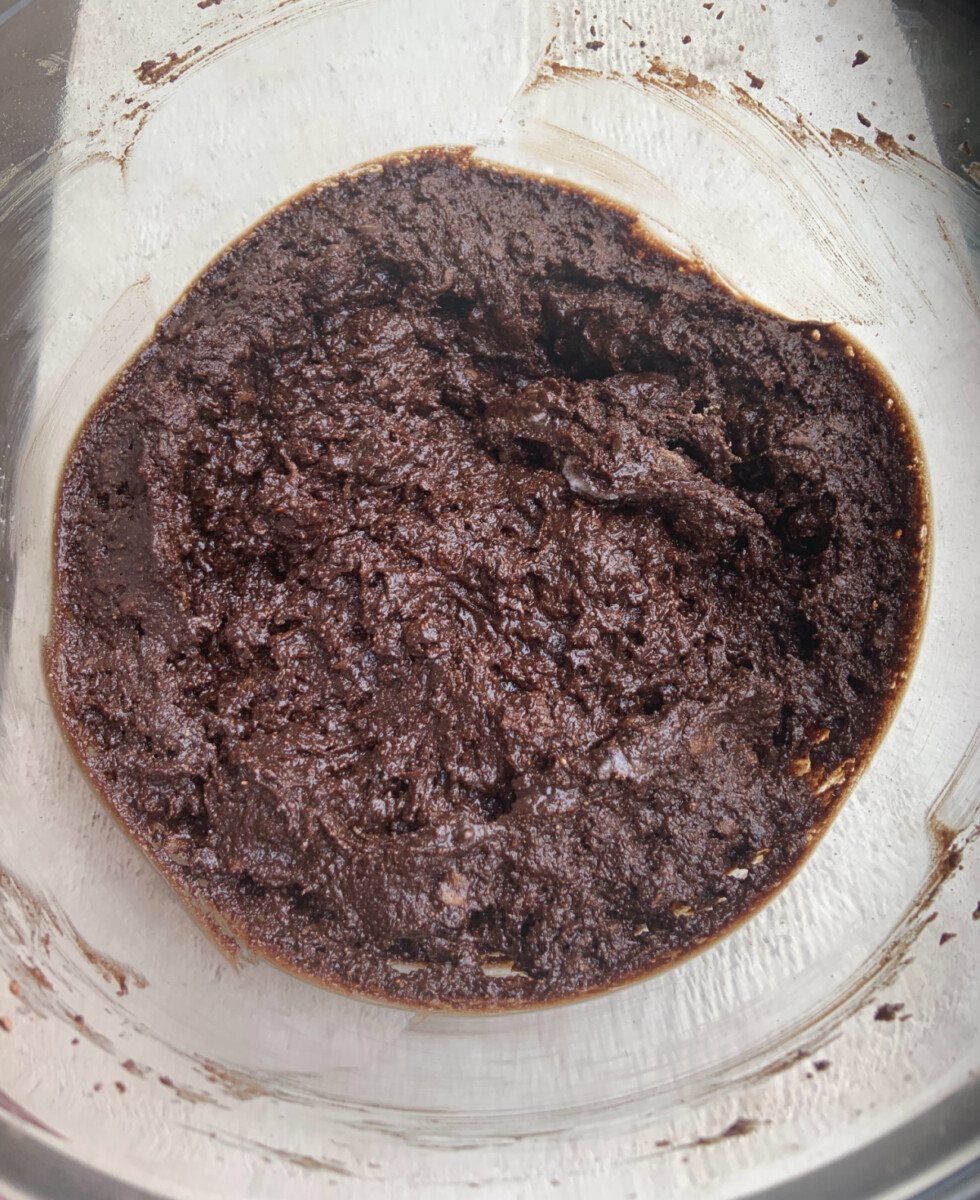 This brownie batter is thick, so you'll wet your fingers lightly, repeatedly, to pat it into place in the baking dish before baking. 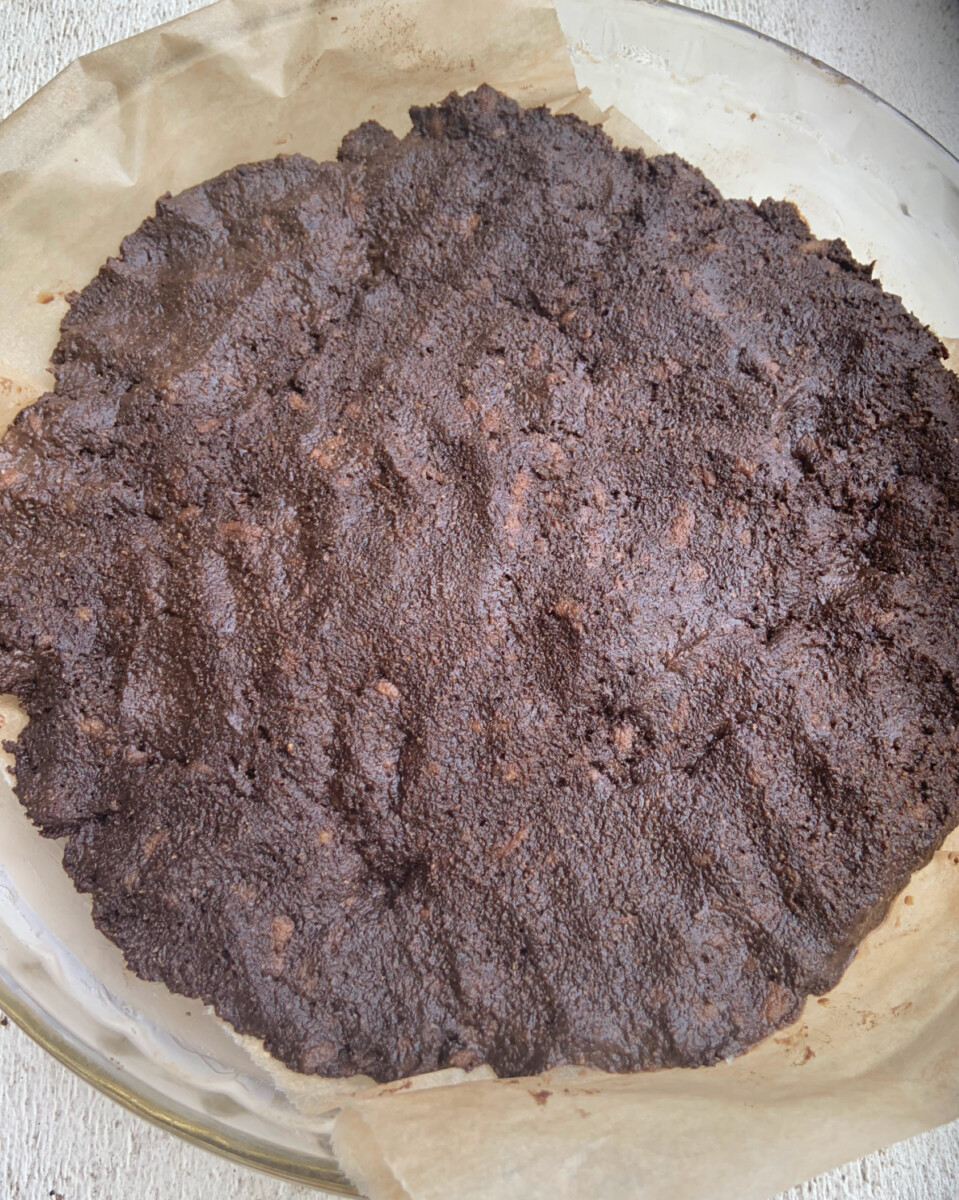 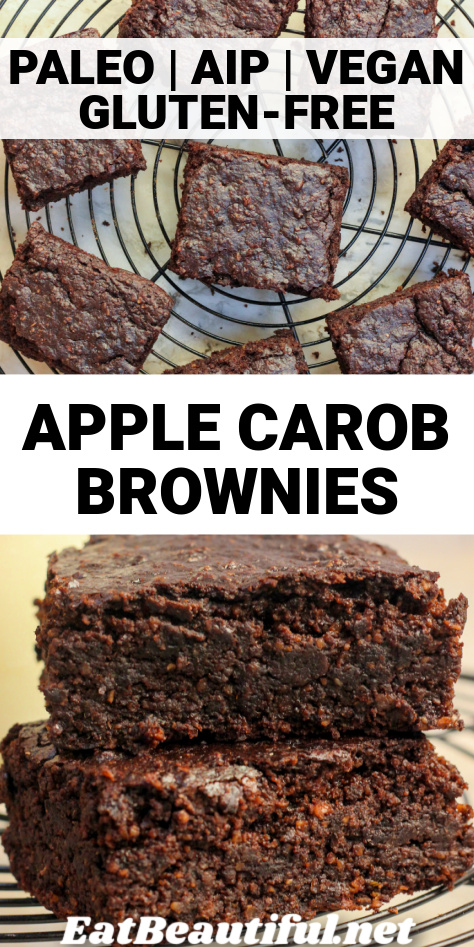