Pumpkin Pie just got better! Keto Chocolate-Swirled Pumpkin Pie is so special and tempting; everyone will want it — and love it. With just one simple added step (swirls of melted bittersweet chocolate stirred into the pumpkin filling), this pie is easy to assemble and perfect for holiday gatherings. Also Paleo, Primal and Gluten-free. 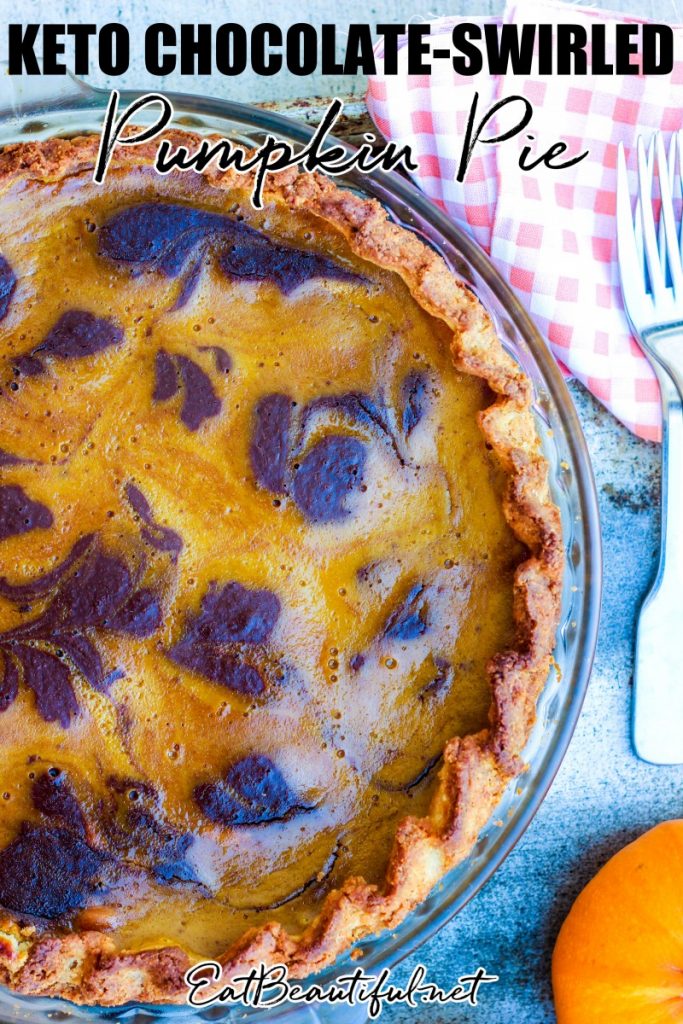 This recipe makes use of a blanched almond flour and coconut flour pie crust, made with butter. You can also sub in another crust if needed. This Keto Crust is nice and flaky and behaves a lot like a regular (white flour) crust. It contains a very small amount of psyllium husk powder or xanthan gum for the best texture. (There’s a Paleo alternative.) Find the dough recipe in the Recipe Notes below the main recipe.

A tiny amount of corn starch is also blended into the pie filling for the best texture. This is subbed with tapioca flour for the Paleo version, and adds almost no carbs to the Keto version.

Melted bittersweet chocolate is stirred into a portion of the filling before swirls are added to the pie.

To create a crisp crust on the bottom, the pie shell is partially baked before adding the filling. To prevent the crust’s edges from darkening too much, a pie shield or strips of foil are used right from the start.

The pumpkin pie filling is a one bowl recipe: We simply blend pumpkin purée, eggs, granulated sweetener, cream (or coconut cream for dairy-free) and spices. One cup of the filling is set aside and mixed with melted bittersweet chocolate.

The filling is poured into the partially baked crust. The chocolate is added in spots, and swirled easily with a butter knife. Then we bake.

Ahead of time tips

Once baked, Keto Chocolate-Swirled Pumpkin Pie can be refrigerated overnight, and up to two days ahead of time. Feel free to get ready for your holiday gathering early, so there’s less to do the day of or the day before.

Serve chilled or at room temperature.

You can also make just the crust — or filling — early.

The pumpkin filling can be mixed a few days ahead of time — and stored in a container in the fridge, if desired, until the day of baking. (It fits nicely into a 4-cup mason jar.)

The crust’s dough can be made ahead and frozen, then defrosted overnight in the fridge — and thus made weeks in advance, if desired. 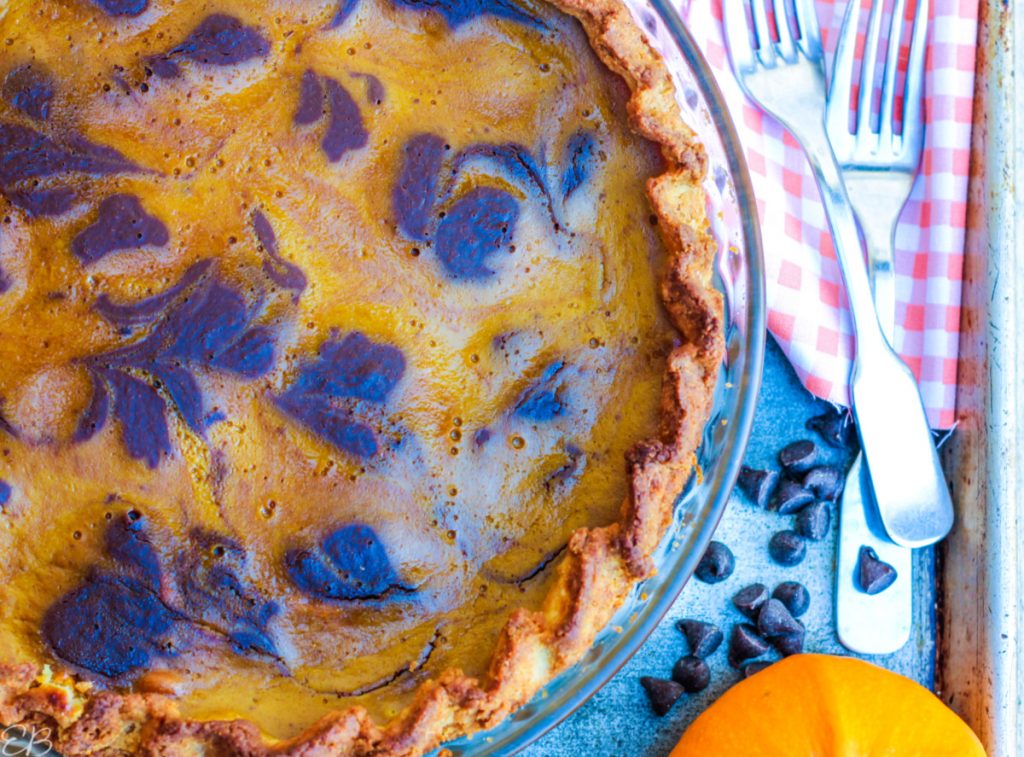 Tips when making the crust

Making the pie crust’s dough: It’s necessary to make the pie dough and chill it for 1 to 2 hours before rolling it out. So be sure to plan ahead to allow for the chilling time. This dough behaves really well and pretty predictably, but it does need to be cold. If at any point it breaks a little when you’re folding or crimping the edges, you can chill it in the fridge for a few minutes. But it acts a lot like pie dough made with white flour.

Prebake the pie crust: As mentioned, to create a crisp crust on the bottom, we partially bake the pie shell — before adding the filling — for 10 minutes.

The tin foil is put on the crust’s edges before this first baking and stays on the whole time, until the pie is done.

Tin foil tip: When adding strips of tin foil around the edges of the crust, tuck/crimp them up nice and high on the edges, so the filling doesn’t touch the foil. This makes removing the foil easier, without disturbing the pretty crust or filling you’ve made. (I don’t usually cook with tin foil, but since nothing wet is cooking on foil, I don’t worry about it here.)

For the filling, have all of your ingredients at room temperature.

Swirling the bittersweet chocolate: To swirl the chocolate into the pumpkin filling, you simply swirl the end of a butter knife through the circles of chocolate. You can watch a tutorial of this method here, (used on cheesecake).

The only other tricky part of this recipe is transferring the pie into the oven. The filling is very liquidy before baking. It helps to know that, I think, ahead of time. Thankfully glass/ceramic pie plates are nice and deep, and this filling does not come too high in the pie shell. It won’t spill, but you just need to steady it carefully when putting it in the oven. (Do not use a little metal disposable pie plate for this recipe. It will be too small.)

Then bake until the filling is puffed and a little cracked around the sides, and the center is mostly set but not puffed as much as the sides — 45 to 50 minutes.

Lastly, the texture of the crust: The best textured crust happens with the Keto Crust recipe if you use the xanthan gum option. Xanthan gum makes the crust flaky. If you use the psyllium husk option, the crust is more crumbly, but still good. If a tiny amount of xanthan doesn’t bother you a couple of times a year for the holidays, then it’s the better option. 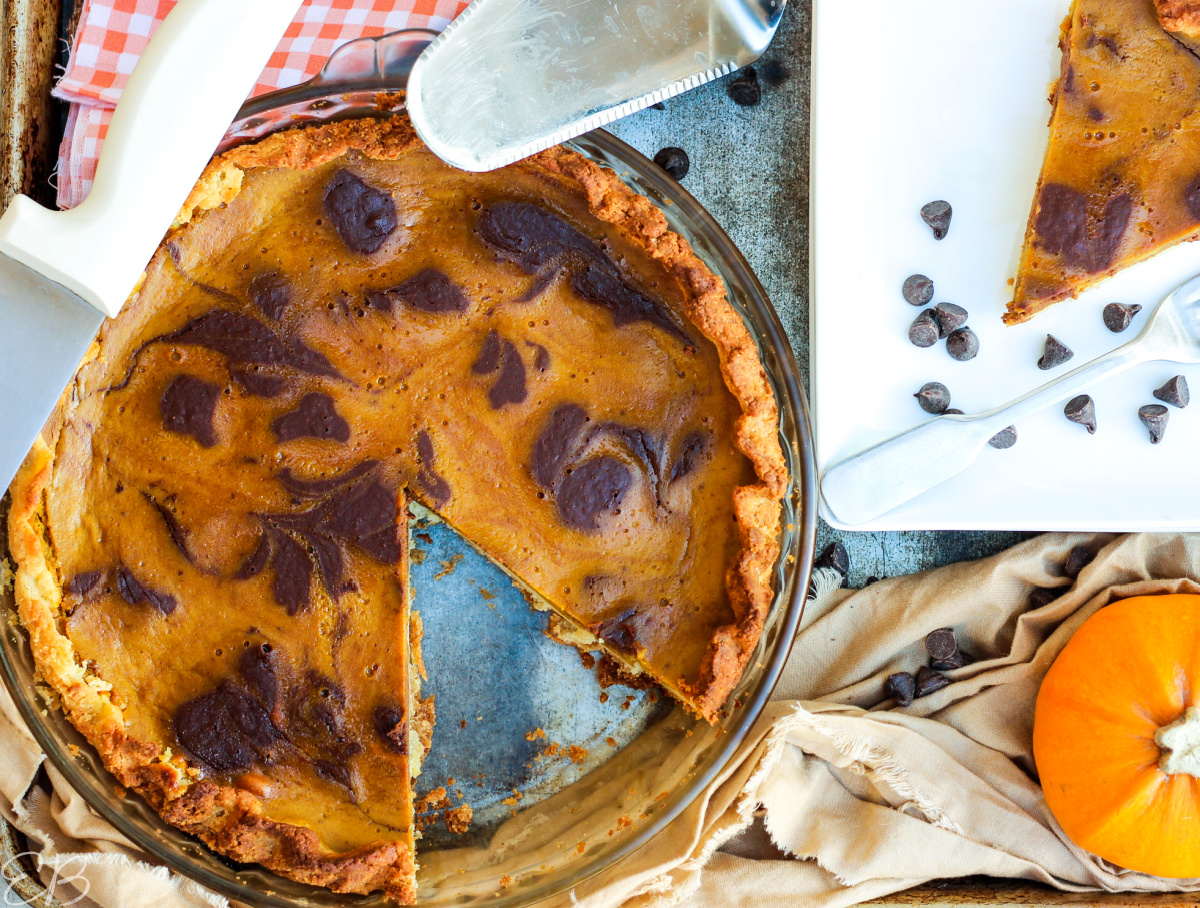 Paleo version of this recipe

To make this recipe Paleo, you’ll: 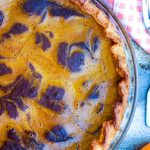 Stir together the dry ingredients in food processor (or in a large bowl). Add butter and cream cheese, and process with food processor (or cut in using a pastry cutter). The mixture should look crumbly (don't blend too long so it all sticks together in a big ball), but with a pastry cutter it will stick together more (see photos below). Add egg and apple cider vinegar. Pulse again (or use pastry cutter) to combine until just mixed. Shape into a 5" or 6" disk. Wrap in parchment paper, butter wrappers or plastic wrap. Chill 1 to 2 hours. Between two layers of parchment paper: Roll into a 13" circle. Transfer to pie plate and crimp edges. Place in freezer for 15 minutes. Then, prick all over with a fork. 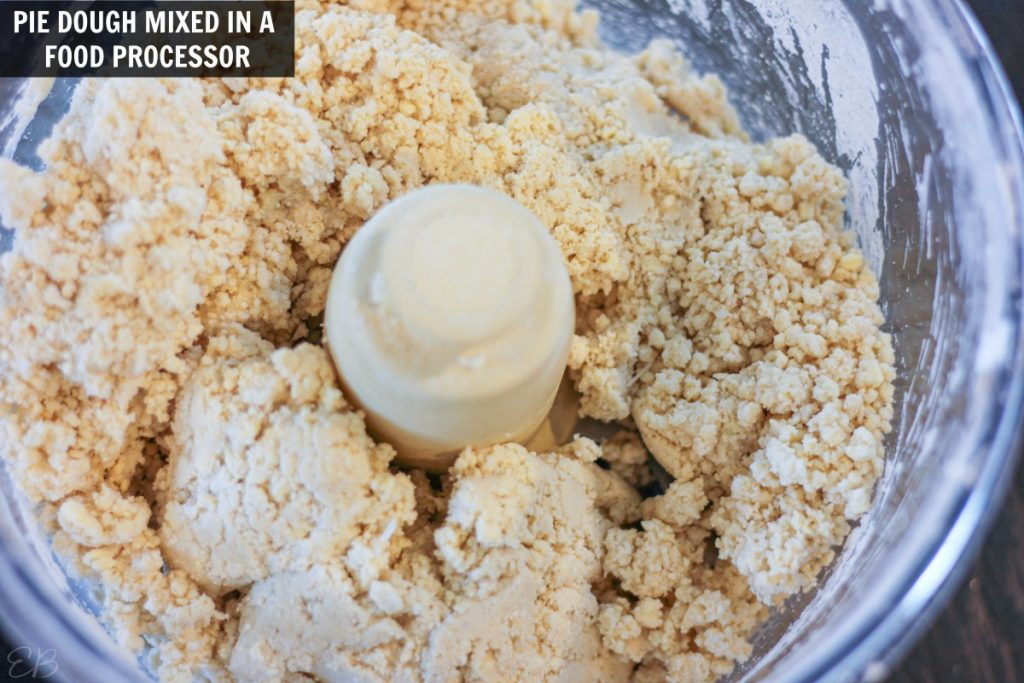 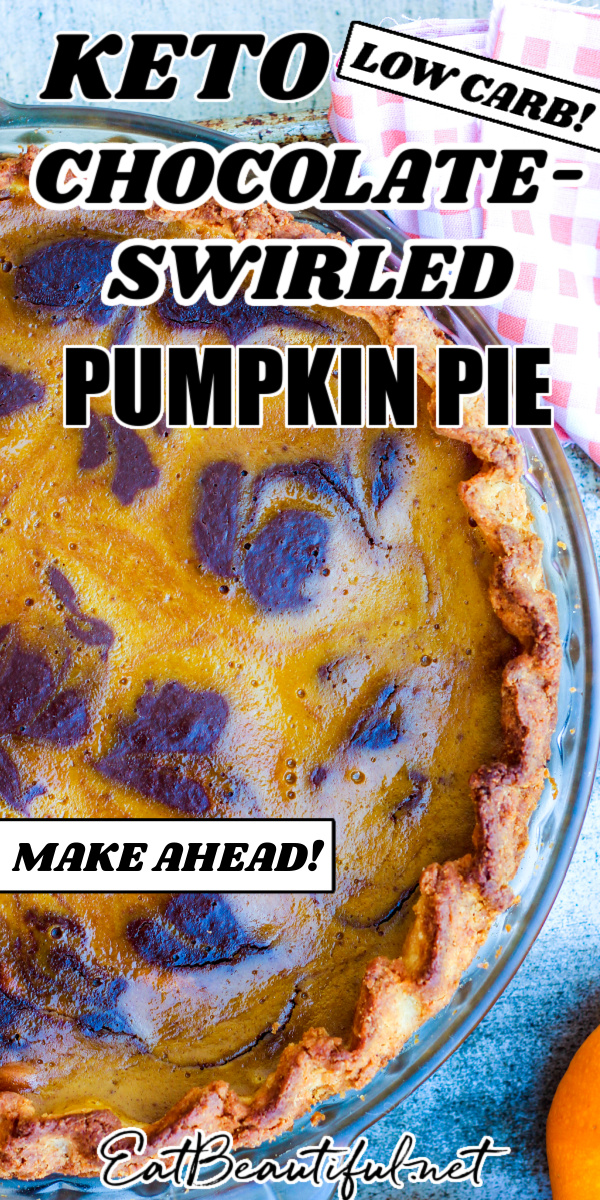 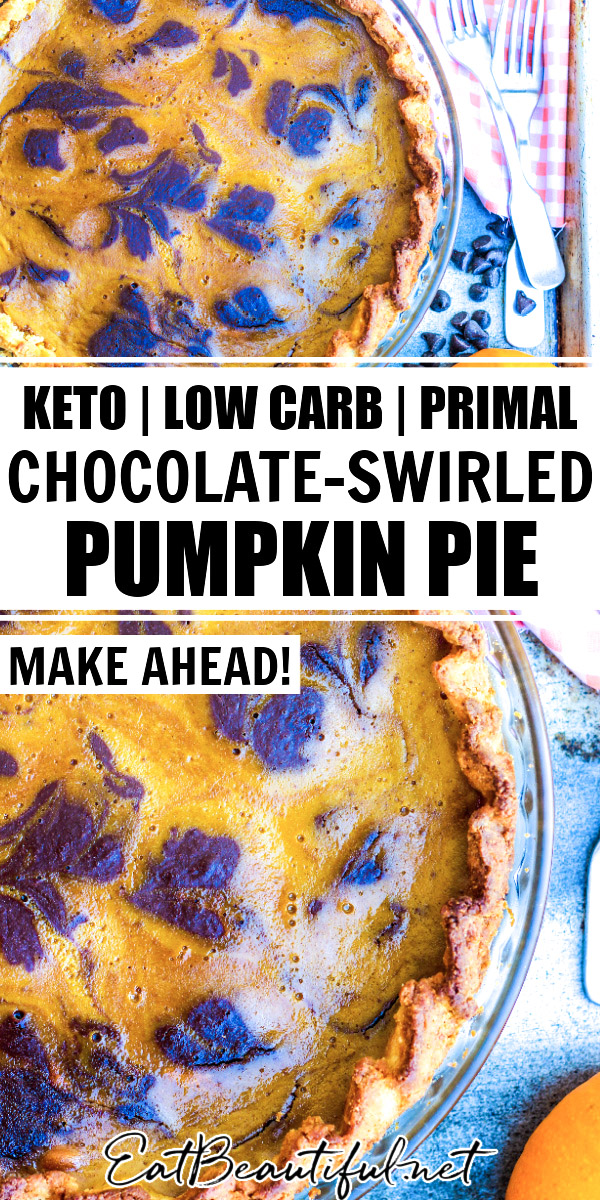